Welcome to the Omega Xl Community

2 Issues resolved
262 Company responses
18 Customer testimonials
Call customer care
Write a review
Omega XL is a powerful, safe and easy to swallow, omega-3 joint health supplement formulated with a patented complex of 30 healthy fatty acids, including DHA and EPA, that have been demonstrated in over 30 years of clinical research to relieve joint pain due to inflammation and inflammatory conditions†. OmegaXL®, with its patented lipid extract, PCSO-524®, is derived from green lipped mussels (Perna canaliculus), a species that is grown and harvested only in the pristine waters of New Zealand, recognized as the cleanest waters on Earth. OmegaXL® is marketed exclusively by Great HealthWorks, a company dedicated to distributing quality health and wellness products and innovative services directly to consumers.
† These statements have not been evaluated with the U.S. Food & Drug Administration (FDA). OmegaXL is not intended to diagnose, treat, cure or prevent any disease.
Show

We have no record of a customer with your name in the community listed in your review. Is it possible that your order is under another name? Should you wish to discuss your issues, we recommend that you call our Customer Advocacy Group at 1-800-607-0419, or via email at cagsupport@greathealthworks.com.
author's review
Review
#510211 Review #510211 is a subjective opinion of poster.
Jul 14, 2014 User510211

I ordered Omega XL on June 8, 2014 through the internet primarily because of the unconditional money back guarantee. I tried the product for the period of time I was willing to without any positive results.

On July 14, 2014 from work I attempted to contact someone to cancel the recurring auto-shipment. I was promptly placed on hold via the usual automated systems all companies now have. The wait time was 8 minutes. Finally someone answered only to inform me after a series of several questions that he couldn't locate my order.

Although I had the invoice in hand and gave him all the numbers he couldn't locate my order. This individual then forwarded me to another number which was promptly answered by another automated system placing me on hold with a wait time of 15 minutes. Finally a *** named Roger Coleman answered the phone. I attempted to explain to him that I wanted to cancel the product since I believed it wasn't working for me.

Roger repeatedly tried to tell me I didn't give the product enough time to work he knew because he's been taking the product and it works for him. Finally I hung up the phone. Approximately 5 minutes later Roger (***) called me back reiterating the garbage he tried to feed me the first time. I hung up once again.

I immediately called my credit card company and filed a complaint.

The company Great HealthWorks the company listed on my invoice is terrible. There is no guarantee as posted. 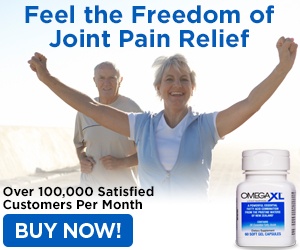 Make me wait 4 to 8 weeks for refund | Omega Xl review from Melbourne, Florida

Reviewing your account we find that your refund was issued within 2 weeks of your call. Should you wish to discuss your experience with us we recommend contacting the service professionals in our Customer Advocacy Group at 1-800-607-0419 or via email at cagsupport@greathealthworks.com.
author's review
Review
#411308 Review #411308 is a subjective opinion of poster.
Loss
$65
May 23, 2013 Darryn

i ordered product They put me on autoship. I didn't have money for second month so I sent product back.They called just now two weeks later and said they just received the product and it would take 4 to 8 weeks from now for my refund.

This scam company won't last. I don't care how good their product is. You treat customers like this and you won't last.

Don't buy from them.Customer Service rep was also rude when I spoke to her.I don't know why this company thinks they will do long term business with someone The way they treat people. Its a scam.

Thank You for Your Submission