Jun 26, 2015 Thank you for your feedback about Omega XL. We have hundreds of thousands of satisfied customers and regret that you had a bad customer service experience.
It appears that the customer service agent on duty may not have correctly handled the disposition of your call. Our agents are trained to cancel an account upon the customer’s request following efforts to retain a customer. We have thousands of satisfied customers and request that you contact our Customer Advocacy Department at 1-800-607-0419 ext. 3188 to address your concerns. If we did charge your account improperly, we will issue an immediate refund. Thank you again for your feedback and we look forward to hearing from you. 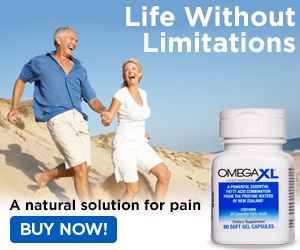 I have an arthritic wrist from a break 20 years ago, so my wife ordered me Omega XL for Christmas 2014. I followed the instructions to the letter and after three bottles, no change in the condition. I actually felt like it was giving me heartburn at times.

I called 2/9/15 to cancel. I was on hold for 15 minutes before "my best friend Ruth" picked up. She obviously zabasearched my name and began to mention where I'm from and believe or not she lived there too! Such a small world... I didn't engage in smalltalk... I called to cancel.

She was belligerent and would not accept the cancellation. I was calling to cancel the auto-ship, but she informed me of the money-back guarantee. I reacted quickly and directed the conversation down that path. Regardless of what I said she kept trying to sell me more product! I told her that I am frustrated with her and asked if she's cancelling my "subscription" or not and refunding the dollars invested. After another 5 or so minutes of sales pitches from "my personal customer care" extolling the virtues of Omega XL ("You know Larry King and many other celebrities have great results with the product" she said...Maybe if I had kept her on the phone longer, she would have told me that the same Larry King helped Sandy Koufax's arthritic shoulder with Omega XL) It's a complete BS operation.

Review #593022 is a subjective opinion of Taylormarie of Bedminster, NJ.

Helpful? 33 15
Do You Have Something To Say ?
Write a review

I just watched the commercial on tv and was thinking of ordering this product for my wife and I. We both suffer with back pain.

So glad I check on companies with grandiose claims. I will stick to my local GNC store for omega.

That was a close call....Thanks to you on this site, you saved me.

Sounds like an expensive product that really isn't worth the extra bucks. I'll go to Vitamin Shoppe to get my fish Nordic Naturals fish oil. Once they have your credit card #, you're doomed.

Was going to order today but always checked comments first,forget it and just go to WallGreen,or Wallmart.